Dates and Times Vary on Event

There’s a buzz around the entire place. It’s an energy that can’t be duplicated. Whether it’s because Beyonce just slayed the stage or Carmelo Anthony just defied gravity, space and time, there’s a roar of the crowd that’s unmatched. And there’s more to enjoy here than the shows, like shopping or whatever, but let’s be real, it’s your birthday, you’re there to be entertained.

It’s legendary. No really. Let’s not pretend that this isn’t the greatest concert venue of all time. Ask Kanye! Don’t really ask him, we’re not sure what he’ll say. Anyway, there’s so much space and amazingness here. It’s home to the New York Knicks and New York Rangers, but you can also come here to see Andrea Bocelli in concert and Beyonce and Prince and everyone else who matters in music. If crowds overwhelm you, you’re in the wrong place.

Hide your kids, hide your wife, hide your wallet! There’s so many delicious food choices all over MSG. You’re going to spend everything. Every picky eater gets their choice fulfilled. There’s even sushi for that one friend who always wants it no matter where you are. There’s typical stadium food—pretzels, hotdogs, popcorn, candy, but then there’s NYC staples like Carnegie Deli, where you can get one of those pastrami sandwiches everyone is always going on about. There’s every cuisine possible and if your friends still can’t find anything they want, they’re the worst, leave them there. Also, everything is expensive, but it’s New York City, sooo…

This place is an experience. If your friends get you concert or sports tickets for your birthday, keep them forever because they’re the kinds of friends who would bail you out of jail if you ever needed that. Not saying that you do, but just in case. Leave behind the friends who hate crowds, loud music and joy and prepare for an epic night you’ll want to relive forever. Oh and let’s not pretend that your photos won’t make everyone who’s not invited jealous. 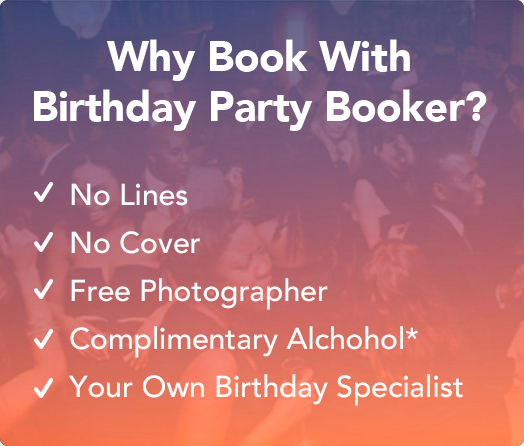